From April 28 to 30, 2020, Cutting World will be open at Messe Essen. It is the only trade fair to concentrate on the entire process chain on the subject of cutting. Numerous exhibitors have already taken the opportunity to secure booth areas in the new Hall 8 for themselves. Since recently, these have also included the following companies: Assfalg, Boschert, Cam Concept, Eckelmann, Kjellberg, MGM, ProCom and Rosenberger. Air Liquide Deutschland, BKE, IHT Automation, NUM, STM Waterjet and Yamazaki Mazak Deutschland had previously confirmed their participation. Any interested exhibitors can find the registration documents at www.cuttingworld.de. The registration deadline will be November 30, 2019.

"Cutting World will make it possible for us to introduce our CAD/CAM software to a competent trade public. Furthermore, we are hoping for a lively exchange of ideas with other exhibitors. This fair will offer an optimum setting for this purpose," Bernhard Terzer, Managing Director of Cam Concept, justified its participation in the fair. Michael Roser, Sales Manager at the mechanical engineering company Boschert, also had an eye on the coming fair: "We are looking forward to taking part in Cutting World which, as a trade fair exclusively on the subject of cutting, promises genuine value added for us. We are expecting a knowledgeable public and good discussions and, as an exhibitor, will be happy to contribute to the development of Cutting World into a leading fair event worldwide."

Ideal Exhibition and Congress Conditions at the New Messe Essen

The range on offer at Cutting World will encompass, amongst other items, innovative oxyacetylene flame cutting installations, plasma cutting installations, laser cutting systems, water jet cutting installations as well as shears and sawing installations. Apart from cutting technologies, the range on offer at the trade fair will encompass the upstream and downstream working processes from operations planning and scheduling, control software and filter systems via the straightening, deburring and bevelling of the cut materials right up to storage and logistics. Parallel to the trade fair, the German Cutting Congress and the German Flame Cutting Conference will take place at Messe Essen. The exhibitors at Cutting World will profit from these in several ways. Both the specialist congresses are fixed dates for a growing number of experts in cutting technology. Within the framework of the congress programme, exhibitors will also be able to deliver best-practice lectures and to subsequently introduce the corresponding machines on their booths. For visitors to Cutting World, the ticket price will include the participation in the German Cutting Congress and the German Flame Cutting Conference. Volker Krink, Head of Development at Kjellberg Vertrieb GmbH, explains what was decisive for the company's participation in the trade fair: "Cutting World is the only event in Germany that deals 100 percent with cutting technologies. As a leading manufacturer of plasma cutting technology, Kjellberg must be there."

In 2020, Cutting World will take place in the modernised Hall 8 at Messe Essen for the first time. The exhibitors and the visitors will get to the hall through the new, light-flooded glass foyer. The East Congress Centre is located in the immediate vicinity and will play host to the German Cutting Congress and the German Flame Cutting Conference. Short paths, a large and single-storey hall and a lot of daylight will guarantee ideal exhibition and congress conditions. On the second day of the fair, there will be a get-together for exhibitors for the first time.

"Cutting World will be the ideal place where exhibitors can present new products and enter into discussions with business partners. The combination of theory and practice will permit totally new insights into the efficiency of this high-tech sector and increase its sales potential," explained Christina Kleinpaß, Head of Project for Cutting World. The fair venue of Essen will be another advantage for exhibitors: According to Schneidforum Consulting (the organiser of the German Cutting Congress and the German Flame Cutting Conference), a large proportion of the around 36,000 CNC cutting installations in Germany are located in the Ruhr region. The number of skilled workers, operators, component suppliers and decision takers in the sector by the Rhine and the Ruhr is many times greater.

Also beyond this, the exhibitors at Cutting World will profit from an investment-friendly climate because the market for cutting installations is in a state of flux. Nearly half of the existing cutting machines are more than seven years' old and the sector is increasingly demanding modern procedures for the networking and interlinking of subsequent value added and initial machining processes. Due to Industry 4.0 technologies, experts are expecting an additional value added potential in the range of billions for mechanical and plant engineering in Germany in the coming years. 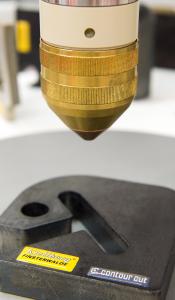 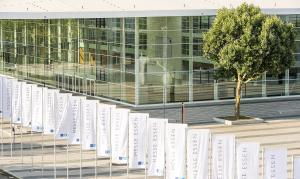 Plan your visit to the trade fair!